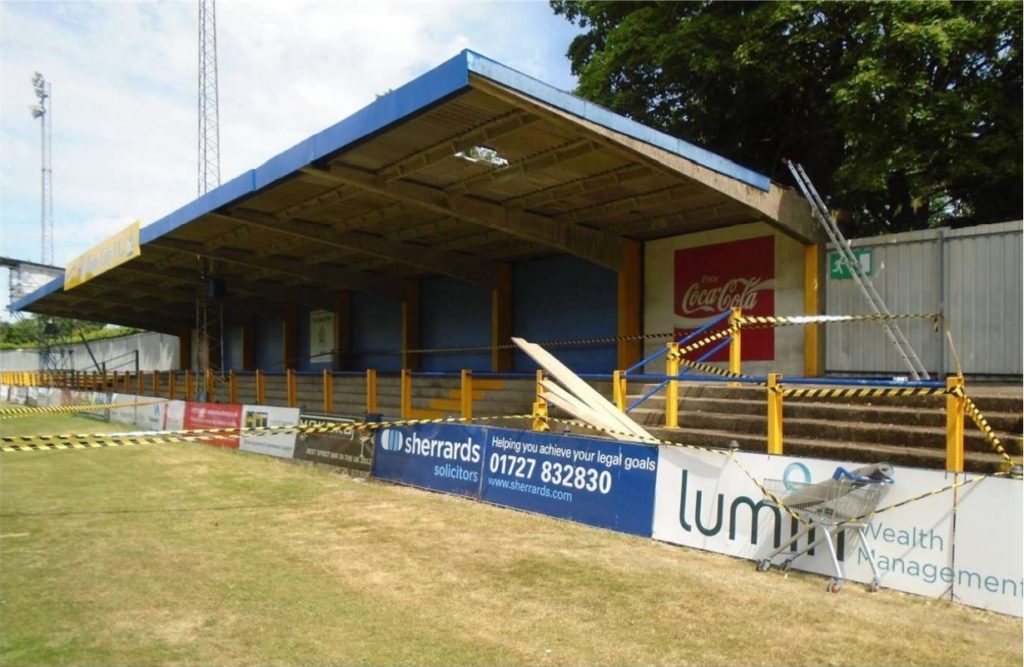 ﻿Luton Magistrates' Court heard how a 71-year-old volunteer of St Albans City Football and Athletic Club Limited, fell onto a terrace through a fragile roof sheeting on the 18th July 2017. ]

St Albans City Football and Athletic Club Ltd, of Victoria Street, pleaded guilty to breaching Section 3 of the Health and Safety at Work Act 1974 and has been fined a total of £1000, ﻿and ordered to pay cost of £1000.

This was a result of an investigation led by the Health and Safety Executive, which found that St Albans City Football and Athletic club Ltd had neglected to ensure a  system suitable enough that could authorise certain work. As well as this , they found that the supervision of volunteers who were provided with keys, was inadequate as they had gained unlimited access to the football ground, resulting in one volunteer carrying out repairs on the roof in an unsafe manner.

Sandra Dias an inspector of HSE, spoke after the hearing saying '' This was a tragic and wholly avoidable fatality caused by the failure of the club in its duty of care towards volunteers. Employers who use volunteers have to ensure their safety, the same as if they were paid employees'