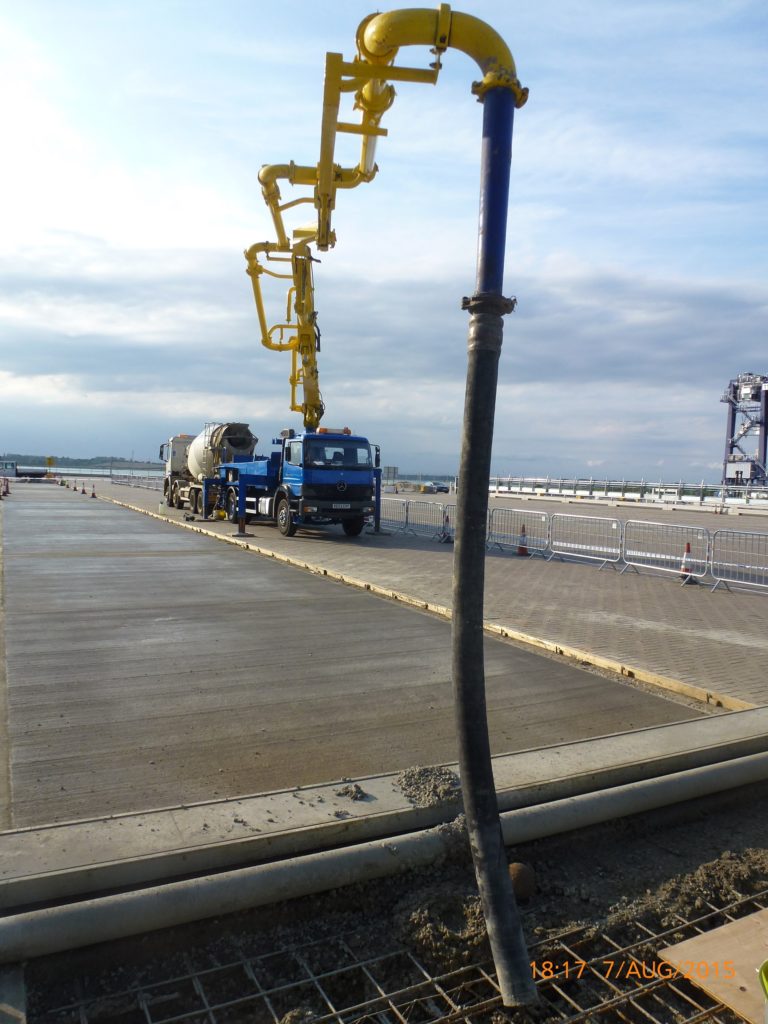 ﻿The death of concrete worker Garry Louis at a dockside apron-upgrade project on the Port of Felixstowe, results in the Essex-based company being left fined.  The main contractor working to replace the Berth 7 roadway at the Trinity Terminal of the port was, R.W. Hill Limited, who had sub-contracted a specialist concrete pumping contractor to pump the concrete as well a concrete laying contractor to lay the concrete.

Mr Louis, an employee from the concrete laying sub-contractor was killed on the 7th of August 2015, after the flexible delivery hose became momentarily blocked, the hose violently whipped around after been cleared under pressure, also leaving lacerations and bruising on another worker.

There was failure to effectively plan and manage the safe pumping of concrete, regarding the exclusion zone around the flexible delivery hose, as safety was not enforced. An investigation by the Health and Safety Executive found that R.W. Hill, did not provide suitable information to sub contractors, failing to monitor the pumping operations to be sure of the safety of workers.

Speaking after the case, inspector Glyn Davies said: '' This tragic incident could have easily been prevented had the company involved, acted to identify and manage the well-documented risks involved in concrete pumping by the implementation of suitable safe systems of work. As this case sadly demonstrates, poorly managed concrete pumping operations can and do kill construction workers when industry safety guidance is not followed. HSE will not hesitate to take appropriate enforcement action against those that all below the required standards.''

Accidents in the Workplace